Cinemark Holdings, one of the world’s largest movie exhibitors, operating more than 6,000 screens, has signed a 10-year deal with Cinionic to upgrade the chain with Barco Series 4 laser projectors and integrated Barco Alchemy media servers. The agreement further solidifies both companies’ commitment to elevating the movie-going experience for global audiences. Today, Cinionic and Cinemark renew their commitment to the future of cinema, their partnership, and laser to power the next generation. 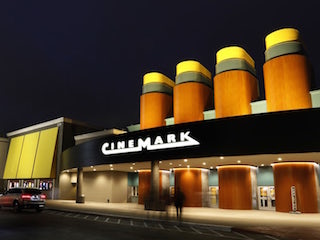 “We are extremely pleased to continue our decade-long relationship with Cinionic, a trusted and valued business partner,” said Damian Wardle, Cinemark’s executive vice president, technology operations & presentation. “Key considerations in the selection of Cinionic’s laser technology included the quality of the presentation, as well as the best overall cost of ownership and maintenance over the long-run.”

Cinionic CEO Wim Buyens said, “This landmark partnership marks the single largest circuit upgrade to laser, setting a new visual standard for moviegoers. Honoring our joint achievements, we are spearheading the renewal wave in cinema. This is a watershed moment for the industry, 2019 is the year laser became the new norm for cinemas around the world.”

Since its debut at CinemaCon earlier this year, the Barco Series 4 has powered a laser renewal in the cinema industry. The Series 4 offers significant cost-savings and a reduced carbon footprint with 80 percent less power consumption and no more waste from lamps. The laser transition offers millions of moviegoers a greener way to go to the cinema.

The Barco Series 4 received a Digital Cinema Report Catalyst Award at CinemaCon 2019 as one of the best new products introduced at the show.