Bringing Cinema to the Congo 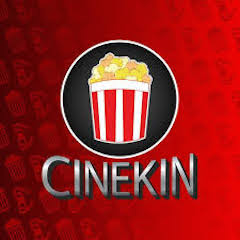 Steve Munga is a truly inspiring entrepreneur. Four years ago he realized his dream and opened his first movie theatre, CineKin, and his first movie distribution company, MSKD, in the Democratic Republic of Congo. That they were the first movie theatre and distribution company opened in the country is only part of the story. To full appreciate the importance of that, it helps to first have a better understanding of the continent of Africa and, in particular, the country that is the DRC.

Put in a different perspective, the African continent is three times the size of the United States and has four times the population. However, despite the commercial potential of those population numbers, there are roughly only fourteen hundred movie screens on the entire African continent compared to more than forty thousand in the U.S. That translates into only one movie screen per one million people in Africa and just one IMAX screen per 93 million people.

There are some African countries that have enjoyed success in cinema. For example, in Nigeria, Africa’s economic and commercial leader, the cinema industry is roughly a seven billion dollar business annually and cinema there accounts for more than one million jobs.

The situation in the Democratic Republic of Congo is more typical of Africa as a whole. The DRC is, by area, the largest country in sub-Saharan Africa, the second largest in all of Africa and the eleventh largest in the world. With a population of more than 84 million people, the Democratic Republic of Congo is Africa’s the most populous officially Francophone country, the fourth-most-populous country in Africa, and the sixteenth most populous country in the world.

But serious obstacles offset this great potential for opportunity. Since 2015, eastern and central sections of the DRC have been the site of ongoing military conflict. Since the conflict began some 600,000 Congolese have fled to neighboring countries. Nearly two million children there are still at risk of starvation and the fighting has displaced 4.5 million people. The lack of adequate health care is also a serious concern. 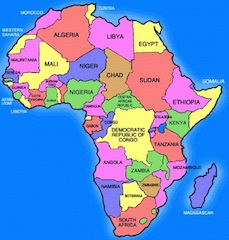 Despite all of that, 2015 was the same year that Steve Munga decided to launch his businesses in the capitol city of Kinshasa, a city on the country’s western border with more than eleven million people, a city, at that time, without a single movie theatre.

I spoke with Munga recently via email. This is an edited version of our conversation.

Digital Cinema Report: According to your LinkedIn profile, you have a long and successful track record as an entrepreneur. And yet, your movie theatre CineKin in Kinshasa, the capitol of the Democratic Republic of Congo, and your distribution company, MSKD, are your first ventures in the motion picture business. Is that accurate and, if so, what about the movie business appealed to you?

Steve Munga: Yes. When I came back to Congo in 2015 I realized something huge: there wasn’t any cinema. Therefore, as a big cinema lover, I realized that I could merge two opportunities to ensure that the people of Kinshasa would never miss an international release again. And secondly, it would launch a new industry that will make it possible [in time] for us to create our own content and show it here and around the world. With this in mind, I did everything to make it happen day by day.

DCR: You were born in Africa but were raised in Belgium. Where in Africa were you born? I’m asking because if it wasn’t the DRC I’m curious to know why you went into business there.

SM: I was born in Kinshasa; unfortunately I had to move to Belgium when I was seven years old in 1991 due to the pillage of the Marechal Mobutu army. I came back 24 years later in 2015. When I come back to Congo I was really impressed because the country wasn’t exactly as I was thinking. It was nice. Actually we have a lot of infrastructure, roads, banks, commercial shops, and transportation. When I saw that I said to myself, without a cinema industry, you can’t promote your country.

DCR: You’ve described yourself as a philanthropic entrepreneur and said if one sentence could define you it would be, “Dream big, start small and go ahead.” That idea that businesses can nurture people seems to have run through your entire career. Could you elaborate on that? 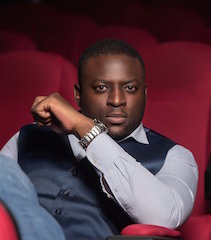 SM: CineKin’s aim is to create the biggest broadcaster and media production company in sub-Saharan African French speaking countries. In the past three years, we launched the first movie theatres in DRC and now we have been operating many cinema theatres in Kinshasa, which has drastically changed the Congolese way of life. And our company is now lucrative. Before, to run a studio, you needed some place to watch the movie; thanks to our market knowledge, we can now ask for more investors to develop more cinema in this area. This vision gives you a view of what I call, “Dream big, start small and go ahead.”

Before I do something, I’m always asking myself one question: how could my businesses improve the life for the most people? Because this is the most important belief when you are an entrepreneur. Whatever you do, it should make a better world. For me, it has always been a driving force to think like that.

DCR: You opened CineKin in 2016 after raising more than ten thousand dollars on Kickstarter. Have you been able to generate more funding?

SM: Yes, we didn’t make a cinema with $10,000. That would be difficult and unrealistic. But Kickstarter gave us hope that we could find people to raise money. To launch, we had to raise more than $70,000 for the first movie theatre and for the complex it went beyond $150,000.

DCR: Did you take over an existing building or start from scratch? Describe your theatres.

SM: Well, with the first one we started in a cultural center. We [installed] the audio, projector and screen system. In the two other in the mall, we started from an empty store. Currently we are looking for more investors to start from scratch to create a standalone cinema.

DCR: Are there any other movie theatres in Kinshasa? 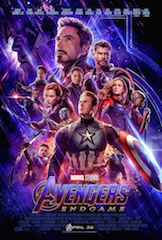 SM: Yes, there is one competitor in Kinshasa with one screen and another in Lubumbashi with one screen. In total we have six screens in the DRC. CineKin has four of them.

DCR: What cinema technologies are you using?

DCR: What has been the response from the community?

SM: Well, in the beginning it was very hard because we had to sell a Coke to people who had never tasted sugar and believed that Coke was water. Imagine this. So we decided to attract [people from the] Diaspora and expats first and the native population in a second step. And it worked nicely because we sold more than 120,000 cinema seats in three years.

DCR: What films to date have been the most popular?

SM: Without any hesitation, Avengers Endgame was madness.

DCR: From your perspective, I’m guessing the pandemic couldn’t have come at a much worse time. What has been the impact on your businesses?

SM: We had to close. However we are looking to launch a VOD platform.

DCR: How many employees do you have and how are they faring during this crisis? 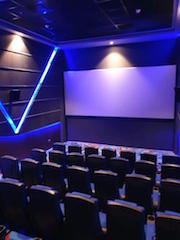 SM: Well, it’s a mess because we can’t afford to pay them because we haven’t revenue now. We have more than 18 people.

DCR: Your goal is to not only run a movie theatre but to help nurture a filmmaking culture in the DRC and all across Africa. That’s a daunting task. How do you remain positive?

SM: Yes, as I said CineKin’s aim is to create the biggest broadcaster and media production company in sub-Saharan African French speaking countries. Because humans are social, they need to be with their fellow [citizens] to share their passion. As long as people will be able to love and share, they will be able to go to the cinema.

DCR: What does the future hold for CineKin and MSKD?

SM: Well, we are hoping to open ASAP and for the rest, only God knows.