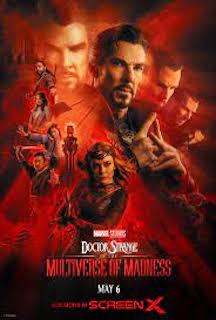 The Marvel sequel Doctor Strange and the Multiverse of Madness delivered a colossal $449.8 million global opening, according to the latest report from the London-based analytics firm Gower Street. The launch was the second biggest of the pandemic-era behind only Spider-Man: No Way Home, which also featured the character of Doctor Strange (as played by Benedict Cumberbatch). The new hit reportedly tracked just 17 percent behind No Way Home in like-for-like markets. Multiverse of Madness did not release in Russia, due to the ongoing studio boycott of the market following the invasion of Ukraine, and Saudi Arabia, where it was banned.

The film also tracked a massive 160 percent ahead of the original Doctor Strange, which released in 2016 ahead of Avengers: Infinity War and Endgame and the entire MCU Spider-Man trilogy, which significantly expanded the Doctor Strange character.

Perhaps the biggest triumph in Doctor Strange and the Multiverse of Madness’s arsenal of success was its opening in South Korea. The five-day, $29.6 million opening delivered the market’s biggest opening of the pandemic-era. Korea’s recovery may have been the biggest bonus of the film’s success, but it scored strongly all over the world.

It was also the biggest opener of the pandemic in both Malaysia and Chile and was the second biggest of the pandemic in Domestic, France, Spain, Italy, Netherlands, Portugal, South Africa, Turkey, UAE, Australia, New Zealand, Hong Kong, Singapore, Mexico, Brazil, Argentina, Colombia, Ecuador, Panama, and Peru. It was second only to Spider-Man: No Way Home in all these markets bar the Netherlands (where No Time to Die is top). It scored the third best opening of the pandemic in both UK/Ireland and Austria, where the top two were Spider-Man: No Way Home and No Time to Die. 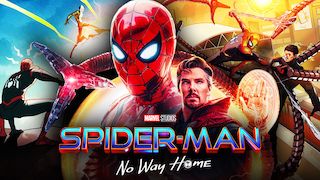 However, there was one market where Doctor Strange and the Multiverse of Madness failed to hit number one over the standard weekend period, discounting pre-weekend release days: Japan.

It claimed an 84.3 percent market share in the Domestic market, close to 90 percent in Mexico (88.6 percent), and more than 75 percent in UK/Ireland (77.7 percent), Italy (76.5 percent) and Spain (76.3 percent). It was also over 70 percent in Australia (72.3 percent). While the Marvel film clearly dominated there was still room for other titles to see good holds in some markets.

The market share of global cinemas currently stands at 83.9 percent, a drop from 85.3 percent a week ago. Both the Domestic and Chinese markets witnessed small retractions week-on-week, as did the Asia Pacific (excluding China) and Latin American regions. The EMEA region saw a marginal gain.

As of May 7, the global box office for 2022 is now an estimated $9.05 billion. This is tracking 59 percent ahead of 2021 at the same stage, while the deficit against the average of the three pre-pandemic years (2017-2019) is now -40 percent (a loss of approximately $6.15 billion). The Domestic market is tracking 45 percent behind the three-year average; China is now 35 percent behind the average; International (except China) is 41 percent behind. This means both the Domestic and International markets are making slight in-roads into reducing their deficit against the pre-pandemic three-year average, however China’s position is worsening.