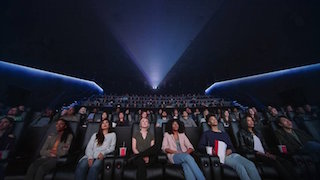 Dolby Laboratories and MegaboxJoongAng (Megabox) today announced a five-year agreement to equip Megabox theaters in Korea with Dolby technologies. With this deal, Megabox will deploy Dolby’s Auditorium Packages, including servers, processors, speakers, and amplifiers, to Megabox Anseong Starfield and Namyangju Hyundai Premium Outlets Space One, making it the first case of Dolby’s Auditorium Packages being installed in all 5.1/7.1 channel screens within a single multiplex.

Since 2012, Megabox has worked with Dolby to provide a higher level entertainment experience. Beginning with the installation of Dolby Atmos for the Megabox M2 screen featuring premium sound, Megabox has continued the expansion of Atmos screens throughout Korea. The agreement will introduce Dolby’s Auditorium Packages to even more Megabox theaters throughout Korea to deliver an unforgettable experience to their guests.

“This agreement for industry-leading Megabox to deploy Dolby’s Auditorium Packages in their theaters will bring spectacular moviegoing experiences to even more moviegoers in Korea, which has been in the spotlight of the global film industry,” said Michael Archer, vice president, worldwide cinema sales, Dolby Laboratories. “Dolby remains committed to our R&D efforts to continue to create an optimized projection environment and support the best operations based on our expert technical know-how in order to provide the best possible experience for all moviegoers.”