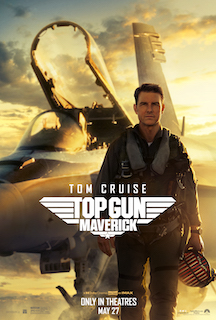 An incredible set of holds for Top Gun: Maverick kept it flying high at the global box office in its second weekend, according to the London-based analytics firm Gower Street. The film added an estimated $176.3 million bringing the global total after 12 days to $557.2 million. After setting an opening record for Tom Cruise over the Memorial Day weekend in the Domestic market, this past weekend Top Gun: Maverick added a phenomenal $90 million in North America which would still have scored Cruise his biggest opening if this had been week one. The film dropped just 29 percent, the best week-two hold for a $100 million-plus opener.

The sequel is already Cruise’s biggest ever Domestic hit ($295.6 million), topping 2005’s War of the Worlds ($234.3m), after just 10 days in release. The film has also swiftly become Cruise’s top ever performer in UK/Ireland and Australia, which saw incredible single figure holds of -8 percent and -6 percent, respectively. Japan and Portugal also recorded just -8 percent drops, while New Zealand saw business up 19 percent in week 2 despite having recorded a best opening for the star the previous week. 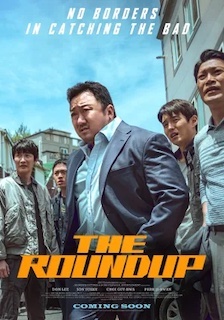 The openings for Jurassic World: Dominion proved a slightly mixed bag. The film opened in 15 markets for a collective $55.7 million. It saw impressive starts right across Latin America where it beat one or both previous Jurassic World titles in most markets in both box office and admissions terms. However, first launches in Europe (Italy) and Asia Pacific (South Korea and Hong Kong) were less dominant, falling behind the previous two films in the sequel franchise.

In Korea the film did not even manage to gain the number one chart position, coming in behind week-three of local hit The Roundup. That film is now the biggest film of the pandemic-era in South Korea and the number eight local release of all-time. 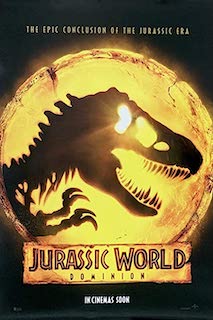 Having overtaken China to reclaim its global #1 market crown in late May, the Domestic market continued to eat into its deficit against the pre-pandemic three-year average in 2022, reducing it to -41 percent (from -43 percent a week ago!). The year to date stands 296 percent ahead of 2021 at the same stage. Last week the International market (excluding China) saw its tracking against the pre-pandemic three-year average shrink its deficit below China for the first time this year. It too has continued to reduce the deficit, which now stands at -36 percent (from -38 percent a week ago). It remains 168 percent ahead of 2021.

In contrast, China’s deficit against the three-year average continues to grow, now at -40 percent (from -39 percent a week ago). A big test for the market will come in the shape of Jurassic World: Dominion, which opens June 10. The previous films in the franchise both grossed well over $200 million in China (Jurassic World $230 million, Fallen Kingdom $265 million), but the market hasn’t delivered box office on that scale for an import title since Fast & Furious 9 in May 2021 ($215 million).

As of June 4, the global box office for 2022 is now an estimated $11 billion. This is tracking 60 percent ahead of 2021 at the same stage, while the deficit against the average of the three pre-pandemic years (2017-2019) is now -38 percent (a loss of just under $6.9b billion). The market share of global cinemas currently stands at 86.2 percent, up from 85.02 percent a week ago. The Chinese market saw a notable expansion, from 71 percent to 76.9 percent, in the past week with restrictions finally lifting in Shanghai. The Domestic market and Latin American region also saw week-on-week gains for a second, consecutive week.