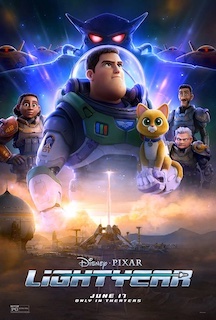 The United Arab Emirates' Media Regulatory Office has announced that new movies will be released in cinemas there without any censorship. The move comes in the wake of the UAE’s decision last month to ban Disney Pixar's Lightyear based on what it said was "a violation of the country's media content standards." The animated film depicts a romantic kiss between two female characters.

This most recent decision means that adult and explicit content will not be cut from film content, the office said.

It comes as part of the introduction of a new 21-plus age rating on top of the previous 18-plus category.

It stressed the importance of “age classification standards for audience entry.”

The UAE said cinemas must strictly adhere to the new age rating, which will require inspecting customers’ proof of age and identification documents.