AMC Theatres today announced an unprecedented more than $25 million national advertising campaign across the United States to remind movie lovers that Hollywood’s stories are enjoyed in their best light – with a seamless, communal, multi-sensory experience – at AMC. The message of the campaign is simple but clear: AMC Theatres. We Make Movies Better. This messaging also will be used in nine European countries by AMC-owned Odeon Cinema Group. 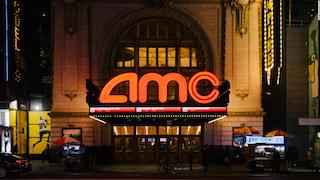 The campaign breaks today online and in social media. Later this month, it will be shown at AMC’s nearly 600 U.S. theatres. Beginning this Sunday, September 12, these messages also will play across multiple high-profile platforms worldwide, especially network television in the United States. It is the first such multi-media campaign in AMC’s 101-year history and believed to be the first of its kind ever in the history of U.S. cinema.

The commercials all were filmed on location at one of AMC’s newest theatres, AMC Porter Ranch 9 in greater Los Angeles. 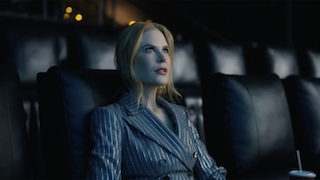 Adam Aron, chairman and CEO of AMC said, “As we have said repeatedly of late, thanks to the billions of dollars we have raised this year, AMC is strong, and it is time for AMC to play on offense again. This first-of-its-kind $25+ million national advertising campaign will reinforce what movie lovers in the United States and around the world know to be true, that at AMC Theatres ‘We Make Movies Better.’”

Aron added, “For more than a century, movie theatres have not only survived but thrived. Through all the changing times in the world, through prosperity and despair, through emerging technology and expanding entertainment options and despite repeated imminent threats to the cinema business over the decades, movie theatres have remained a vital part of the cultural fabric of our society the world over. Especially in recent years, AMC and other theatre chains have introduced sophisticated marketing programs to ensure our theatres are relevant. However, relying on ‘what’s always worked before,’ cinema operators have counted on others to undertake significant television advertising campaigns to drive audiences into our buildings. With all the change occurring in these uncharted waters in which we now navigate, we believe it is high time for an industry leader like AMC to go on television to remind today’s audiences of the magic that can only be found in a movie theatre and at AMC, with our big seats, our big sound and our big screens.”

Aron concluded, “No one says it better than Nicole Kidman when she points out how special it is to see ‘dazzling images on a huge silver screen.’ We are ever so grateful that Nicole brought her astonishing talent to AMC. We are also appreciative to the Cronenweths for the beautiful direction and cinematography they brought to this project. Similarly, our hat is off to Billy Ray, whose scripts perfectly capture the allure and appeal of watching movies where they were meant to be seen, at a theatre.”