Cinema advertising networks National CineMedia and Screenvision Media today shared the results of the companies’ first joint research effort, a survey assessing the impact of the COVID-19 Delta variant on movie fans and their movie-going outlook. The survey of 1,311 moviegoers conducted July 29-August 2 revealed that 79 percent of moviegoers are not overly concerned about the new Delta variant and 87 percent of moviegoers have seen a movie in the theater this year and the same percentage plan on going to the movie theater between now and the end of this year. 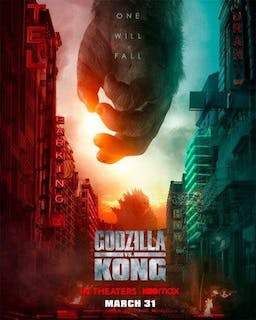 Moviegoers are also outpacing the general population for being fully vaccinated (82 percent vs ~ 61 percent national average at the time of this survey).

Nearly 90 percent of movie fans also indicated their intent to continue leisure activities such as dining out and shopping at malls. And among those that indicated concern about the variant, 73 percent plan to continue their activities with additional precautions, such as masking indoors and being diligent with sanitizing, while another 15 percent don’t plan to make any changes.

Further underscoring the industry’s comeback, three of the five top grossing domestic movies so far this year – Black Widow, Cruella and Godzilla vs Kong – were all released in cinema and on streaming services on the same day/date.

"As the survey confirms, movie lovers are enthusiastically following the world’s greatest content back to their favorite theaters," said Scott Felenstein, NCM’s president – sales, marketing & partnerships. "We expect that audiences will continue their return to the cinema in large and growing numbers, once again delivering significant reach of valuable young, diverse and affluent consumers for advertisers."

"This data underscores the power of the cinema experience and how behavior of moviegoers is driving the box office recovery," said Christine Martino, executive vice president, national ad sales. "While pandemic uncertainties remain, we are confident that given the strong slate in the coming months, moviegoers will continue to come back in droves – and there is simply no better place to engage with this passionate and highly engaged group than on the big screen."