Day-and-date film release is still a rarity in the European film market. A new free report by the European Audiovisual Observatory clarifies the release windows situation in Europe by providing a thorough analysis of the system and the economic and legal rationale on which it is based.

In the States, a recent US survey found that only five percent of respondents were "definitely" willing to pay $50 to see a new film at home on the same day it opens in theaters. At half the price, the potential consumer base rose to a mere 13 percent. In Europe the system of release windows is a long-established industry norm. 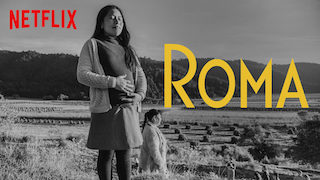 However, the Netflix generation and streaming services have brought about a sea change in established practices by cutting out the cinema release altogether. This led to the controversy surrounding Alfonso Cuaron’s Roma, produced by Netflix, but which still managed to win Venice awards and three Oscars in spite of an extremely short theatrical release just before global streaming to more than 130 million people.

The report is organized by chapters.

The authors open with a scene setting chapter in order to explain the various release windows. These are, classically and in chronological order, cinema release, followed by the various forms of paying VOD and physical video then pay TV and finally free-to-air broadcast. The time frames differ from country to country and the basis for each national system is either common trade practice, industry agreements,  or national legislation. The order of release is simply based on the estimated willingness of consumers to pay more for earlier access to the film, hence: cinema – DVD - VOD – pay TV – free-to-air.

Chapter two delves briefly into pan-European legislation and its bearing on media windows. In fact, the Council of Europe laid the cornerstone for rule-making by stipulating a two year time-lapse between cinema and TV broadcast. These rules were finally abolished in favour of greater freedom for rightsholders. The main legal text in Europe – the Audiovisual Media Services Directive (AVMSD) – simply mentions the obligation for media service providers to not transmit films outside periods agreed with the rightsholders.

Chapter three zooms in on release windows at a national level. The authors examine the approach to media windows in Austria, Bulgaria, France, Germany, Ireland, Italy, The Netherlands and Sweden. Only two of these, France and Bulgaria, have adopted specific or general legislation on release windows. The other countries ensure the functioning of the system through film funding rules. In these countries, it should be noted that films which have received public funding are obliged to respect the release windows as stipulated in the funding rules, while films which have not received funding have no obligations at all.

Chapter four looks at self-regulatory approaches where the players themselves define the rules. In countries such as Belgium, Denmark, Spain and the UK, industry agreements or case-by-case contractual obligations form the basis for release windows. In Denmark, for example, an agreement between the Danish Cinema Association and the Association of Danish Film Distributors defines a holdback period of four months between cinema release and DVD/VOD. The UK functions without any specific holdback rules and individual negotiations tend to govern the release strategy of a film. In spite of this, day-and-date remains rare and in practice a 16-week theatrical window seems to be traditional.

Chapter five focuses on recent case law concerning release windows and refers to two court cases, one French (the Cinéthèque case of May 11, 1985) and one Dutch concerning the Nederlandse Federatie voor Cinematografie). In the former, the European Court of Justice upheld the windows principle even though the application of holdback rules could create effects forbidden by EU internal market rules and EU competition rules. The fact that the release windows system can be seen to promote film production was the deciding factor for both the Court and the Commission.

Chapter six closes with an overview of the state of play of release windows in Europe. The authors evoke the tensions involving major film festivals and the inclusion – or not – of films produced by and primarily destined for on demand platforms. Cannes has taken an ostensibly restrictive approach whereas Berlin and Venice have remained open to Netflix films, earning a wave of criticism. Observatory figures show that cinema admissions fell by 2.9 percent in 2018 year-on-year while SVOD grew by 45.7 percent. It is clear that two very distinct schools of thought are operating here: protecting the integrity of an initial cinema release and the entire windows structure, or making film distribution follow the technological possibilities offered by online streaming for more immediate delivery. Whatever future developments, this new publication offers a precise snapshot of the current state of release windows in Europe.