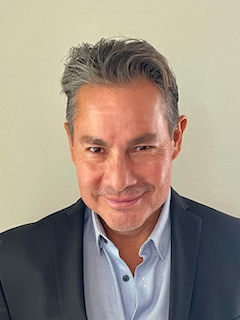 Real will be promoting and expanding the footprint of CJ 4DPlex’s proprietary technologies including the visually immersive 270-degree panoramic ScreenX theaters and the multi-sensory 4DX theaters, as well as managing all facet of operations for the company. Additionally, Real will focus on the distribution of Hollywood and local content into the region for both formats.

Duncan Macdonald, senior vice president, head of worldwide marketing and theatre development, Americas, CJ 4DPlex America said, “Sam will be instrumental in growing our presence in Latin America. His extraordinary experience and deep relationships within the region and the industry will be vital to continue our growth for both ScreenX and 4DX. We’re delighted to have Sam spearhead our business in this blossoming and innovative region.”

Real previously served 25 years at Warner Bros. Pictures International where he started as a trainee and ascended to vice president of theatrical sales and distribution overseeing Latin America. In this role, he was primarily responsible for developing and implementing distribution strategies for Warner Bros. films within the 40 countries/territories across Latin America. He also oversaw and evaluated new theatrical growth opportunities and revenue streams.

“I’m thrilled to be joining the CJ 4DPlex family,” said Real. “I’ve witnessed the cutting-edge technology that ScreenX and 4DX have brought to the premium exhibition space and look forward to amplifying their presence in Latin America with this trailblazing team.”