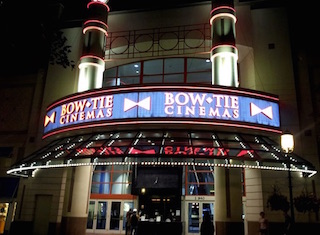 These additions to NCM’s theater network, already the largest in the U.S., also gives NCM significantly enhanced coverage in the New York tri-state area, with 37 Bow Tie theaters and 212 screens in the New York DMA alone. Bow Tie Cinemas is the oldest theater circuit in North America and is currently one of America’s fifteen largest exhibitors, with approximately seven million attendees projected for 2017.

The deal is the first win for NCM’s new Affiliate Partnerships team, which is dedicated to serving the needs of its more than 40 movie theater affiliates nationwide along with NCM founding member theater circuits AMC, Cinemark and Regal Entertainment Group.

“It’s an honor to have Bow Tie join our network, with their top-notch theaters ranging from luxury and megaplex cinemas to art houses and neighborhood theaters,” said Cliff Marks, president of NCM. “Advertisers will really be able to benefit from our increased presence in the largest market in the country, and it’s great that so many more of our Madison Avenue clients will now be able to enjoy NCM’s FirstLook pre-show in their local movie theater.”

“We are looking forward to a successful and productive partnership with NCM,” said Ben Moss, CEO of Bow Tie Cinemas. “With our diverse collection of theaters our consumer reach and advertising capabilities will be further enhanced by joining NCM’s robust network.”

As Bow Tie introduces luxury recliner theaters complete with elevated food and full bar service in some of their strongest markets in 2017, NCM’s FirstLook pre-show and Lobby Entertainment Network will give moviegoers even more reasons to arrive earlier and enjoy a great entertainment experience.

Stacie Tursi, NCM’s senior vice president of Affiliate Partnerships, said, “As we increasingly do business in the national Spot marketplace through STRATA and other media buying systems, Bow Tie’s strength in the New York DMA is a terrific complement to our network and makes cinema an even more exciting option for agencies looking to reach local movie audiences along with their local Spot TV buys.”