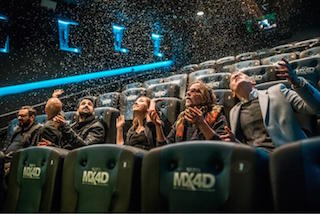 Cineplexx International has opened its second and third MX4D Theatre in less than two months, this time in Serbia. Located in the country’s capital of Belgrade, which has a population of more than a million people, Cineplexx’s second MX4D theatre boasts 100 seats configured into 25 benches. 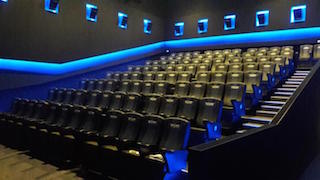 The third MX4D theatre, featuring 15 four-seat benches, is located in Vojvodina’s Novi Sad. “After the great interest generated by our Graz MX4D location, we are proud to have partnered with MediaMation on our two additional theatres,” said Cineplexx CEO Christian Langhammer. “As an innovation leader, Cineplexx feels responsible for offering the best film experience to our visitors, providing ideal destination for unforgettable fun and technological experience.”

The state-of-the-art seats for both instillations feature a full range of motion and effects to enhance Hollywood’s latest releases. Moving beyond standard 3D, they utilize MMI’s newly patented EFX armrest, which allows for every customer to have a better uniform experience across an entire theater. Additional atmospheric effects include wind, fog, and strobes.