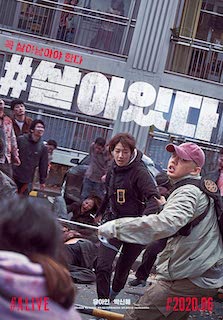 The entertainment company Hollywood Innovations Group has filed a lawsuit in the U.S. District Court for Central District of California alleging that Netflix willfully violated the same copyright laws it routinely enforces against its own competitors. The also illustrates the power of new dubbing technologies to seamlessly adapt video content across dozens of languages. The technology helps expose broader audiences to global content, but Netflix has quickly found a way to leverage it to capture the lucrative and highly competitive Asian market.

The lawsuit alleges that the lure of profits and opportunities to raise its profile as the leading outlet for Korean content motivated Netflix’s eagerness to exploit the movie in question despite violation of U.S. copyright laws.

Netflix did not respond to my request for a comment about the lawsuit.

Law firms Bay Advocacy PLLC and One LLP, on behalf of HIG, filed the lawsuit against Netflix and Korean producers Perspective Pictures, Zip Cinema, and Kakao Entertainment, which recently acquired Zip Cinema. It centers around a compelling and timely screenplay written by screenwriter Matt Naylor in 2018, well before the global COVID-19 pandemic struck in March 2020. Ironically, the story focuses on a young man’s struggle for survival and the resulting mayhem when he is forced to self-isolate during a global viral pandemic. 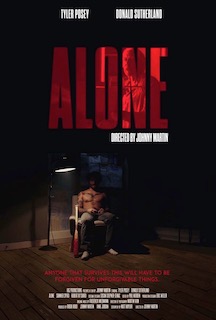 The complaint alleges that Naylor initially entered into an agreement with Zip Cinema and Perspective Pictures, granting them the right to produce only a single, feature-length, Korean-language motion picture based on his script. In addition to limiting Zip’s and Perspective’s rights to a single Korean-language movie, the agreement also expressly reserved to Naylor the right to make and distribute an English-language movie based on the script. Naylor later sold all rights, including but not limited to the rights to make movies based on the script in all non-Korean languages, to producer Rabih Aridi, who, in turn, transferred those rights to HIG. According to the lawsuit, HIG began producing Alone, an English-language film based on the script in 2019 with an A-list cast that included Donald Sutherland and Tyler Posey in starring roles. It had an October 2020 theatrical release, with additional plans to license the film to Netflix or another leading U.S. streaming service.

At the same time, Zip and Perspective exercised their rights in South Korea to produce a Korean-language movie called #Saraitda. The movie was a huge success in South Korea, enjoying the highest first-day viewership of any film since the start of the pandemic.

The film’s overseas success apparently piqued Netflix’s interest. The complaint alleges that, despite having a clear understanding that the rights to produce or distribute an English-language version of the film were excluded in their agreement, Zip Cinema and Perspective Pictures quickly colluded with Netflix to use advanced dubbing capabilities to put the film in English and numerous other languages and unlawfully release it under the title #Alive before HIG could release Alone. #Alive quickly became a box office smash for Netflix. Not surprisingly, given the actions of Netflix and its partners, Alone floundered. 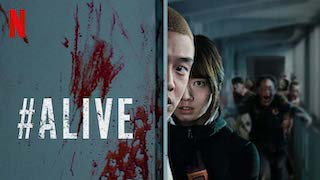 "New dubbing innovations have made content from around the world more accessible than ever, creating a lucrative new market for streaming services and a frenzied scramble to mine content from abroad to bring to domestic audiences. But, as with any new Gold Rush, the lure of quick and easy profits can tempt those on the ground to violate established property rights," said John Tehranian, a founding partner at One LLP. "As this suit alleges, Netflix positioned itself at the forefront of the new dubbing marketplace by innovating through infringement."

The lawsuit asserts that Zip and Perspective colluded with Netflix, which used its new dubbing technology to distribute unlawfully dubbed versions of the movie, under the name #Alive, in the United States and dozens of other markets before HIG could release Alone, thereby earning tens of millions of dollars in profits. As the complaint explains, even after HIG put Netflix on notice that it was violating HIG’s copyright, Netflix continued exploiting its infringing release and knowingly decimated the commercial prospects for Alone in the process.

By the time Alone premiered, audiences around the world had already streamed #Alive in English (and 30 other non-Korean languages), rendering Alone commercially unviable with a massive lost opportunity to monetize its rightful property. As a result, the illicit release of #Alive in English thoroughly undermined HIG’s ability to secure support for its film, costing the company millions of dollars in lost revenues at a time when the film’s subject matter would have resonated with global audiences during the COVID-19 pandemic.

"With Alone, we spared no expense to ensure producing a quality film," Aridi said. "We loved the script and hired an experienced director and A-list actors. We were pleased with the way everything went throughout the production and post-production processes, until of course, we realized that the rights to our script were clearly violated. More shocking was Netflix’s complete dismissal of what happened. It was like having something stolen from under our noses and seeing the thief laugh all the way to the bank."