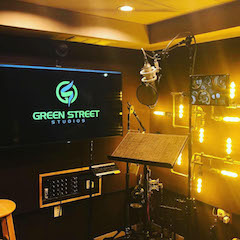 Established in 1994 by composer, sound designer and dialogue director Rob King, Green Street Studios has accumulated more than 20 years of experience in audio and music production for video games, film, music and other media. Anticipating the growing acceptance of immersive-sound projects for games, film and television, King spent much of the last two years auditioning speakers for the 7.1.4 array he knew would become the standard in the emerging immersive media environment.

“I had already seen game development and film move in that direction, and I knew it was a matter a time before formats like Dolby Atmos would become standard,” he recalled. “Now, all the AAA-level games, like Shadow of Tomb Raider that we recently completed, are being done in Atmos.”

King, who has worked on more than 150 video games, as well as trailers for films including Watchmen, We Are Marshall and Clash of the Titans and had already been closely familiar with Genelec, as he’d previously owned a pair of 8020As with a 7350 subwoofer, decided to upgrade his setup and acquired a pair of Genelec 8351A Smart Active Monitors.

“Even as I continued testing speakers, I could not get the sound of those Genelecs out of my mind,” he said. 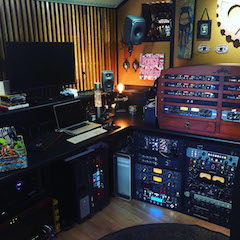 “Because of the physical dimensions of the studio, the biggest challenge of the Atmos setup was getting it right in my small space. The Genelec sound is great, but I’m equally impressed with the ability to pick out detail in them, which is important for games but also for music and ADR,” he explained.

Beyond their sonic advantage, however, King says Genelec technology makes a huge difference. “The GLM software is ingenious and it works great,” he says. “The speakers are now perfectly matched to the room, and I’ve also set up presets for 7.1.4, 5.1 and stereo configurations, so I can move between projects at the press of a button. The future, in the form of immersive sound formats, is not just coming – it’s here. And with Genelec I have the speakers that I need to feel ready for it.”

Whether a project calls for sound design, music scoring, voice recording, casting & direction, sync to picture or all of the above, this private boutique sound studio – located in Sherman Oaks, California, just over the hill from Hollywood – has done all that and more for high-profile projects including Ubisoft’s Ghost Recon: Wildlands, Activision’s Call of Duty: Heroes Expansion, and Activision’s James Bond: Quantum of Solace, and for prominent directors and producers including Michael Bay and Jeff Probst, and commercials for clients such as Honda and Levi’s.