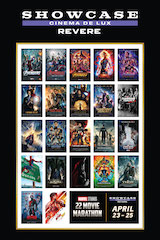 For fans that want to watch every Marvel movie in one sitting, Showcase Cinemas in Revere, Massachusetts has it covered. As the exclusive New England location to host the 22-movie Marvel marathon beginning Tuesday, April 23 and concluding Thursday April 25, Showcase Cinema de Lux Revere is doing its best to make the two-day sacrifice a little easier for Marvel fans. Participants will have access to shower stations to clean up, yoga breaks to stretch and relax in between movies. Portable cell phone charging lockers will also be available. In addition, food breaks are scheduled and concessions will be discounted by twenty-two percent.

I spoke with Mark Malinowski, vice president of global marketing for National Amusements about the upcoming event and about Showcase’s overall experience with event cinema.

Digital Cinema Report: What was involved in getting Disney to sign on for this? 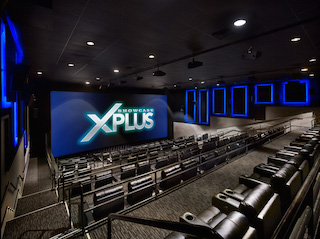 Mark Malinowski: We are hosting the Marvel 22-Marvel Marathon in conjunction with Disney. This is a partnership with the studio. Part of the decision is based on the strength of our Showcase Cinema de Lux Revere location.

DCR: Has Showcase Cinema de Lux Revere done this sort of marathon before? If so, what was it and when was it?

DCR: By my count, there are roughly two-dozen colleges and universities in the immediate Boston area, not to mention nearly as many in nearby Rhode Island. How big a factor is that in the decision to hold this marathon?

MM: The Boston/New England market is very important to Disney, which has a very active Marvel fan base. Also, Showcase Cinemas success with the last Marvel Marathon led to our hosting this unprecedented Marvel 22-Movie Marathon.

DCR: How will the theatre be dealing with other customers and showings of other movies?

MM: We have dedicated staff that will be working on additional Marvel 22-Marvel Marathon support along with our regular staff. Additionally, all of the 22 movies will be shown in one theatre, our XPlus auditorium.

DCR: How active is Showcase Cinemas regarding event cinema? 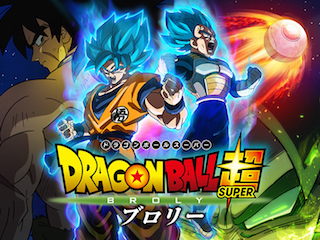 DCR: What has been your biggest event cinema success to date?

MM: For the US, the top-selling title was this January’s release of the anime film Dragon Ball Super Broly. The film broke event cinema records.

DCR: Are other theatres around the country taking part in this Marvel Marathon?

MM: Showcase Cinema de Lux Revere is one of 12 locations in North America hosting the Marathon.

DCR: What sort of turnout do you expect on April 23? How many tickets have been sold to date?

MM: As of today, we are very close to selling out this event.

You can see the schedule and reserve a seat at https://www.showcasecinemas.com/Marvel-22-Movie-Marathon.