Piracy Has No Boundaries 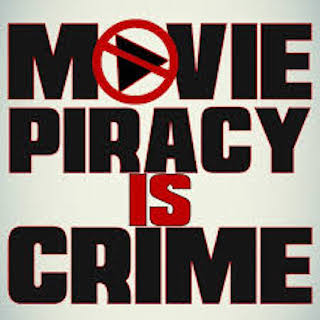 A new report from content protection specialist Nagra, entitled Piracy Has No Boundaries, claims that thieves steal tens of billions of dollars of content value annually and that more than 80 percent of content theft is attributable to streaming. In addition, the report says, eight percent of U.S. households subscribe to illicit internet protocol services for an estimated $1 billion in illegal subscription revenue every year. The report uses Disney and Marvel Studio’s Black Widow as an example of how things can go wrong when feature films are streamed and estimates that the film lost between $50-$70 million because the movie lacked an exclusive theatrical window over its first ten days of release.

The pandemic did nothing to help matters.

With the pandemic and the slowing down of many content producers, there was a broad range of titles and blockbusters that had been slated for release during 2020 and 2021. With theatres empty, the movie industry was faced with a business dilemma: hold off releases until the pandemic was over and then release or release their premium content to streaming platforms immediately.

As there was no guarantee as to when cinemas would get back to normal, many content creators took the second choice and the premium video-on-demand direct-to-consumer story once again hit the headlines. As the pandemic landscape changed, theatres re-opened but not to full capacity, which led to the introduction of a hybrid distribution model; theatrical releases and simultaneous PVOD to streaming services.

Not everyone was happy with this business direction. The National Association of Theatre Owners disliked the hybrid model, stating that such an approach would undercut box office potential and promote piracy. Off the back of Marvel Studios’ Black Widow release, which generated $215 million globally of which $60 million or 27 percent came from Disney+ Premier Access subscribers, NATO attributed the film’s dramatic drop-in box-office revenues, in its second week, to piracy. 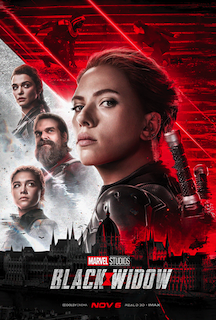 The report concedes that, “In an industry as competitive and dynamic as content distribution, it should be noted that the hybrid release strategy had some success globally, and particularly in the United States, sustaining movie revenues and growing streaming video on demand subscriber numbers.

“The market dilemma is that illicit services often look genuine. Market offers often fool consumers into believing they are genuine. Ultimately, when faced with a well-branded pirate service, who wouldn’t take up a deal offering every piece of new content for an attractive price? Enticing consumers means they quickly adapt their consumption behavior, thus creating a perfect storm of business issues for both content owners and distributors.

“Pirates capture video content in many ways using techniques such as ‘screen-grabbing’ or ‘pumping’ from over-the-top devices with the ability to copy titles in seconds for further distribution. Pirated content can be made available within hours of their online publication in high-definition quality, with subtitles and multi-audio, and distributed to an international audience.

“While the practice of using forensic watermarking as the first line of defense is still highly relevant for direct-to-streaming content for controlled distribution so that high-quality masters do not find themselves in any pirates’ hands, the world of content piracy moves fast. The immediate PVOD release has, as NATO has pointed out, unwittingly expanded the attack surface and pirates are quick to find all manner of means to get hold of the content. However, unlike when blockbusters were recorded covertly in movie theatres, the content is now digital in origin, distribution is no longer sent by courier but fed into the ubiquitous cloud infrastructure of OTT.

“Complicating matters, content owners and distributors may not even be aware of this theft, especially early on and business impact may be obfuscated as new consumers are not local but globally distributed. Many pirate services are available in countries where legal SVOD platforms are still not available, allowing them to effectively exploit a hungry online consumer market. 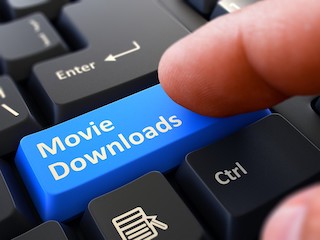 “It could be argued that you don’t lose revenue that you could not earn. So growing revenue by say, 18 percent a quarter with piracy happening in the background, is still earning 18 percent more subscribers than the previous quarter. But crucially, what is the size of the missed opportunity? When a new SVOD service launches, the number of subscribers increases rapidly, but due to piracy, the service still falls short of its business goals. Customers seeking out alternative streaming options take their money elsewhere, and the legitimate service starts to lose subscribers and revenue faster than they can gain new ones.

“A revolving door of customers means you have to work twice as hard, and spend twice as much, on new customer acquisition. Without an anti-piracy program in place, you inadvertently run the risk of promoting pirate service alternatives. Ultimately, an investment in anti-piracy is an investment in protecting profit margins and securing markets. A successful fight against piracy will reduce customer acquisition costs and increase total lifetime customer value.

“SVOD services are sold for a relatively low monthly fee — anywhere from $5 to $15 per month, down to $3 per month for Netflix in India. Based on these figures, it may seem like a no-brainer for a consumer to subscribe to a service and avoid unreliable pirate offerings.

“This suggests that smart and connected consumers — and particularly in emerging markets where access to content is restricted due to lower levels of SVOD service rollout — have ready access to premium content, and pirate brands are already capturing OTT revenue. This has the net result of shaping a market that devalues premium content, creating a belief among consumers that online content should be cheap and freely available. Overcoming that line of thinking is not something antipiracy technology can do on its own. It takes a shift in thinking at the business level. 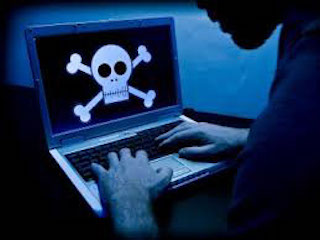 “Today spending millions of dollars on marketing can end up being a waste if your customers seek what you promote on pirate services. A successful fight against piracy will reduce customer acquisition cost and increase total lifetime customer value.”

The report concludes by calling on companies to work with content protection specialists such as Nagra and offers this scenario:

“A movie executive is pleased with first-week revenues from their latest PVOD release, and the C-suite is delighted. Then, when the second week’s numbers come in, revenue has plummeted. Reviewing the numbers alongside an intelligence report from Nagra, it becomes clear that piracy is the key cause of negative revenue impact. The data shows that the movie is trending at the top of the piracy chart. Though tempted to take direct action against the pirate in this singular instance, the movie executive takes the advice of their anti-piracy team at Nagra and steps back to fully understand the pirate’s strategies and then strike.

“Before the next movie release, a strategy and plan with several countermeasures are put into place. The content for this release is watermarked and traceable, and the studio is using IPTV monitoring to gather intelligence about the pirate ecosystem. When leaks are identified, the studio works with Nagra to shut down servers and block IPs to prevent access to pirated content. The movie is released, the first-week numbers look great, and everyone waits for the all-important second week. Both subscribers and revenue have increased. The countermeasures have worked, and the boardroom is happy.

“While the market struggles with the business concept of new content distribution, it is clear that PVOD piracy is an issue that needs addressing upfront. Not only is it stealing, but the economic impact is felt deep into the business as chasing down pirates once a movie has been released is neither practical nor economical. It is much better to develop a clear, industry consensus on anti-piracy strategies to ensure that content creators protect their investments and generate the revenue they’ve promised to their investors. Because of this, anti-piracy for PVOD is not just about protecting a movie asset, it’s about protecting recurring revenues from subsequent new releases issued in direct-to-streaming formats.”