Screenvision and the Evolving Pre-Show 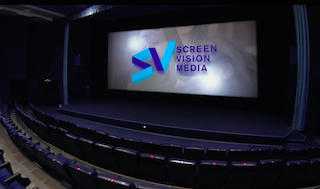 For moviegoers, one of the most enduring changes brought about by digital cinema technology has been the pre-show, the twenty minutes or so of programming that precedes the trailers and main feature. Screenvision Media’s pre show runs on a cinema network that now includes more than 15,000 screens, in more than 2,400 locations across all 50 States. The network encompasses more than 90 percent of the top markets in the country and claims more than 500 million consumer admissions annually. I spoke recently with Screenvision’s chief revenue officer Katy Loria regarding how pre-shows have evolved over the past decade and what the future holds.

Digital Cinema Report: There are two key components to every pre-show experience: entertainment and advertising. What are some of the business changes you’ve seen in cinema advertising in the past decade?

Katy Loria: The biggest change we’ve seen is the convergence of those two components. Brands are becoming a part of the entertainment experience and integrating into the pre-show. Telling a great story has become critical to a brand’s journey, and since the cinema is the cathedral of storytelling, it makes perfect sense to us that our industry would thrive in this era.

DCR: What are some of the changes you’ve seen in pre-show entertainment in the past decade?

KL: Preshow entertainment is now more sophisticated, engaging and entertaining for the moviegoer, with more interactive experiences. For example, we’ve done ads with MX4D enhancements and even brought the smell of cinnamon rolls into theatres. Recently, our focus has been on adapting to current trends in short-form content.

DCR: Much of the content in pre-shows – including advertising and the entertainment – focuses on television programs. That has always seemed counter-intuitive to me. Are there long-term risks for exhibition in promoting the competition? 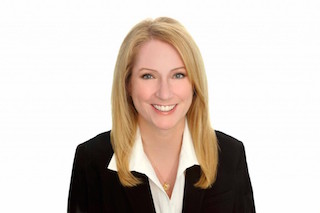 KL: I wouldn’t say it’s risky at all. Movie studios have advertised their films on television for decades—why shouldn’t television networks and OTT streamers advertise in cinema? While moviegoers may not be linear TV viewers anymore, they love great entertainment content and want to know what’s out there.

DCR: How has the attitude of cinema advertisers evolved in that time?

KL: The decline of TV audiences led many advertisers to reevaluate the role of cinema in reaching audiences. As a result, cinema became an essential component for audience replacement in media plans. We’ve done a lot of research to prove that the audience advertisers have been missing on TV is at the movies, and they have been responding positively.

DCR: What are some of the most successful cinema advertising categories? Any thoughts as to why they succeed when other categories might not?

KL: Since the cinema audience is so diverse, we’re able to attract a wide variety of advertisers. Currently, our top categories include Automotive, Insurance, Media (TV networks and Streaming), Consumer Electronics, Telecommunications, and Retail.

KL: We believe there’s a place for cinema in every media plan, and our sales team is doing a great job evangelizing our message to brands that are looking for new solutions to reach and replace audiences. Our fastest growing categories include Beer and Spirits, Pharmaceuticals, and Travel/Tourism.

DCR: What advertising categories remain to be convinced? What can you do to convince them to try cinema advertising?

KL: Two categories we’re looking to get more involved with are Political Advertising and Direct to Consumer Brands. Historically, there has been a lot of sensitivity around political messaging, especially in an environment where the audience is looking to escape. But these ads don’t need to be divisive. We feel we can go after general campaign messaging (e.g. “Get Out and Vote”) versus candidate-specific campaign messaging. As for Direct to Consumer branding, this is a new market with a great deal of potential. Our medium is perfect for these startup companies, as we can provide large scale to a very influential consumer.

DCR: What are the keys to continued growth in cinema advertising?

KL: To keep growing, we must continue to evangelize both the art and science of cinema advertising as an essential component in media plans. The art of our message is that no place offers more powerful storytelling than a 40-foot screen in the dark in front of a captivated audience. The science aspect comes into play as we continue to showcase and enhance our analytics in order to improve targeting and better measure ROI. Cinema is an accelerator in developing incremental reach and impact for your message in front of a highly desirable audience.